Daniella Barreto was born in Zimbabwe to a Zimbabwean mother and father of East Indian descent, also born in Africa. She spent her unorthodox childhood climbing guava trees, enjoying the African stars and loving Zimbabwe’s flora and fauna. During her years in England this was of particular benefit when the Lion King came out and she could explain to her friends what all the animals were. She attended a Jewish elementary school and a Christian high school in Zimbabwe before immigrating to Canada and settling into the Vancouver public high school system. Daniella is a BSc Health Science student at Simon Fraser University in Vancouver, doing a minor in Sustainable Development. She is a participant in the Semester in Dialogue program engaging with the issues of health in marginalized populations. Growing up in a Southern Africa so freshly scarred by Apartheid, her lived experience of the female mixed-race individual has been affected by specific factors. Daniella has a curiosity in media representation of mixed-race persons, their “hyper-sexualization”, apparent otherness, and the effect this has on the perception of self. The particular experience of mixed-race individuals of non-white descent is also fascinating to her. Daniella is a recipient of the TD Canada Trust scholarship for community leadership. In her spare time she enjoys photography, travel and playing the guitar. 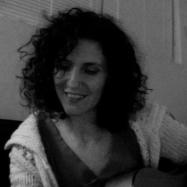 Jamaias DaCosta is a musical artist, writer and activist journalist, and is mixed identified of Jamaican (Colombian(Indigenous, African), Portuguese, African, Sephardic Jew) and Irish, Kanien’keha:ka, Cree and French descent. Through broadcast and print journalism, music, creative writing, and education her work consistently involves an exploration of resistance, identity and examination of colonial oppression, decolonial thought and processes and cultural expressions. Jamaias is a member of the multi-disciplinary artist/activist group R3 Collective; is Host and Producer of The Vibe Collective on CIUT 89.5FM and is the Producer of Indigenous Waves Radio, also on CIUT 89.5FM. Jamaias is also a workshop facilitator and has held workshops at both grade schools and universities in Toronto around stereotypes; Indigenous education and decolonial thought. Jamaias has also worked with Caribbean Tales Film Festival and has written for the CBC, First Nations House Magazine, U of T’s Independent Weekly and several news and community blogs.

Louie Gong is a Native of mixed heritage (Nooksack, Squamish, Chinese, French, Scottish) who was raised by his grandparents, father, and step-mom both in Ruskin, B.C. and in the Nooksack tribal community. Louie is an educator, activist, and artist. He is the past President of MAVIN, co-developer of the Mixed Heritage Center, and a former child and family therapist. Louie is also the founder of Eighth Generation, through which he merges traditional Coast Salish art and icons from popular culture to make strong statements about identity, such as his highly sought-after, hand-drawn custom shoes. By choosing the name “Eighth Generation”, Louie intends that respect for the previous seven generations and a spirit of giving back is embedded in his work. Louie’s latest creation is called “Mockups”, a DIY design toy based on his work with youth and his desire to a make the experience of personalizing a pair of shoes more accessible. Louie is proud to have represented his family and community through keynote level presentations and custom shoe workshops around the world, as well as in media such as NBC Nightly News, The New York Times, MSNBC.com, and Indian Country Today. His unique merger of art and activism is the subject of UNRESERVED: the work of Louie Gong, a Longhouse Media film that is currently screening at prestigious film festivals around the world, including Festival De Cannes and National Geographic’s All Roads Film Festival.

Alexis Kienlen is originally from Saskatoon, Saskatchewan and now lives in Edmonton, Alberta. She has a degree in International Studies with a focus on race and ethnic relations from the University of Saskatchewan and a Graduate Diploma in Journalism from Concordia University. From 2001 to 2006, Alexis was the literary editor for “Ricepaper” magazine, an Asian Canadian arts and culture magazine based in Vancouver. She is the author of two books of poetry “She dreams in Red” (2007) and “13” (2011), both published by Frontenac House. While living in Vancouver from 2004-2006, she was involved with a collective known as the Colouring Book project. She currently works as an agricultural reporter for Alberta Farmer newspaper. She is of mixed ancestry and her background includes Chinese, French, German, English, Irish and Scottish heritage. 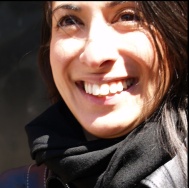 Minelle Mahtani is an Associate Professor in the Department of Geography and Journalism at University of Toronto Scarborough. She was a former national television news producer and completed her PhD at University College London. She also completed a Killam postdoctoral fellowship at University of British Columbia in the Department of Geography and School of Journalism. She has published on mixed race identity and is currently completing a manuscript about mixed race identity in Canada, paying particular attention to the potential decolonization of mixed race epistemologies.  She also developed a course at University of Toronto entitled “Spaces of multiraciality: critical mixed race theory.”